Cloud Cache enables you to store your Office 365 and Profile Containers anywhere, on-premises or in the cloud. You might think that we’ve shown you cloud support before, and we have, but this is different. Prior to Cloud Cache, if you wanted to store your Office 365 and Profile Containers on cloud storage, you needed to jump through some hoops to create SMB file shares, and though it was effective, it also proved to be costly.

Cloud Cache leverages native cloud storage, most notably Azure Page Blobs for now, which saves you money and lets you more efficiently use cloud resources. In an environment like the cloud, where storage charges are based 1/3 on capacity and 2/3 on activity, optimization is critical, and our local cache will cache reads and optimize writes, saving you real money. This could be extremely beneficial for Citrix XenDesktop and XenApp Essentials customers looking to provide the most complete desktop experience.

By adding a local cache to the virtual desktop, Cloud Cache prevents applications from making the same request to the container over and over again. This serves a few purposes:

Perhaps most importantly, though, the local cache serves as a buffer between your applications and the storage. If, for example, your storage controller fails over from one resource to another, your applications won’t know about it. OneDrive is perhaps the best example. When its connection to the storage is interrupted, even briefly, it will stop working, forcing a user to restart the app or log off and back on. Cloud Cache eliminates this downtime because OneDrive is talking to the local cache instead of directly to the storage, and is none the wiser when the storage cuts over. 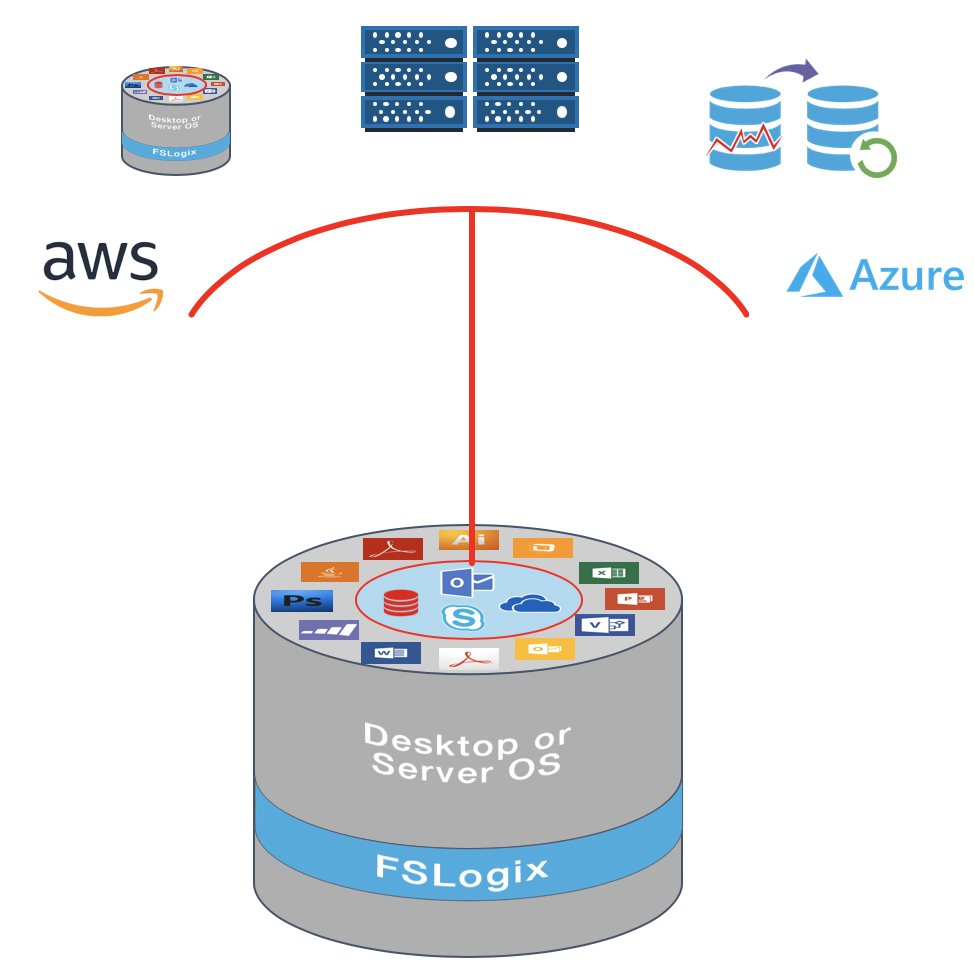 As Office 365 rolls out into the enterprise, often a forgotten component is the VDI\RDSH\XenApp environments. Generally, these environments are designed to be non-persistent, as we look at how to deal with the data components of O365, OST, Skype for Business Global Address List (S4B GAL), OneNote, and OneDrive, IT has been left with only a few options. Option 1, go online and deal with the user complaints, Option 2, cache everything local, this creates large repetitive downloads of data or user being bound to a particular machine, not very non persistent, or Option 3 put data on a network folder, this results in high IO, data corruption and performance issues. Now FSLogix has a solution that gives both IT and User the desired performance and persistence.

For enterprise class performance expected by your end-user community, Cached Exchange Mode (CEM) must be enabled in Outlook.  Once CEM is enabled, very large files (.OSTs) will need to persist between virtual workspace sessions.  Doing this with traditional approaches like roaming profiles or Folder Redirection will lead to extensive logon times and severe network and performance issues, often times preventing the success of virtual desktop initiatives.  To make matters worse, many of these workarounds are supported by Microsoft in a very limited scenario and on a ‘best effort basis’.

FSLogix addressed this problem with the release of our award winning Profile Container solution, launched at Citrix Synergy 2015.

Starting in July, 2016, a subset of FSLogix Profile Containers is now sold as a separate drop-in module, FSLogix™ Office 365 Container, allowing administrators to take full advantage of our Office 365 support without having remove their existing profile or UEM solution. This new offering is the industry’s first drop-in solution that enables true Cached Exchange Mode for all virtual workspaces using Office 365, real time search for virtual desktops, and allows user data to persist/roam in OneDrive for Business. 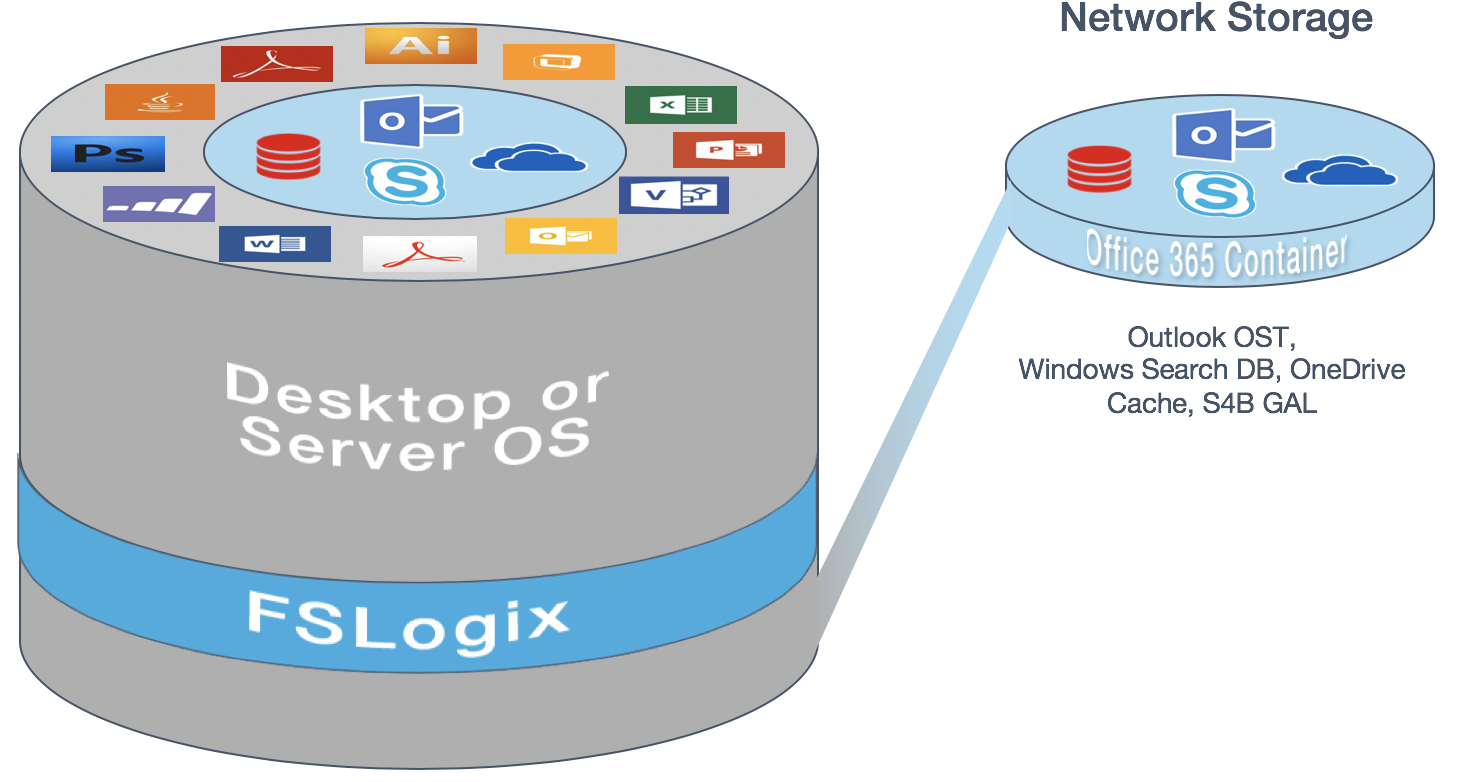